Adobe After Effects CC 2015 – Getting Started

0( 0 REVIEWS )
419 STUDENTS
Overview In this Getting Started with Adobe After Effects CC 2015 course, Brian quickly gets you up and running by …

In this Getting Started with Adobe After Effects CC 2015 course, Brian quickly gets you up and running by introducing you to the assets and the After Effects CC interface. You will composite layers and apply effects in the timeline. Learn to animate with keyframes to simulate a hand-held camera effect. Finish the scene by adding blur, photo filters & noise. Finally, you’ll learn to export your project using Adobe Media Encoder.

This course is great for beginners who want to get started learning one of the most powerful animation applications available today. Brian will make you feel at ease while showing you the ins and outs of Adobe After Effects CC 2015.

Learning with Study 365 has many advantages. The course material is delivered straight to you and can be adapted to fit in with your lifestyle. It is created by experts within the industry, meaning you are receiving accurate information, which is up-to-date and easy to understand.

This course is comprised of professional learning material, all delivered through a system that you will have access to 24 hours a day, 7 days a week for 365 days (12 months).

This course is comprised of the following topics:

From the day you purchase the course, you will have 12 months access to the online study platform. As the course is self-paced you can decide how fast or slow the training goes, and are able to complete the course in stages, revisiting the training at any time.

Successful candidates will be awarded a certificate for After Effects CC 2015 – Getting Started.

Learners must be age 16 or over and should have a basic understanding of the English Language, numeracy, literacy, and ICT.

Learn many different things by doing this course, starting with applying effects as well as layers in the timeline. Gain sufficient skills which are needed to stimulate the hand-held effect of a camera which is held by hand. You will also learn to add colors, filters, blurs and noise. Furthermore, learn how Adobe Media Encoder could be utilized effectively in order to export the project which you have created. A career with bright prospects await you with the completion of this course. According to www.payscale.uk, some of the key job positions along with the average UK salary per annum you can go for after completing this course will be as follows.

Brian Maffitt brings a singularly diverse background to presenting and directing. As a former professional actor, photographer, carpenter, and Graceland Tour Guide, he jumped on board the computer graphic revolution in the late 1980s. He founded MAFF/x in 1993 and won several awards for video production, interactive design, and animation. Brian also co-founded Atomic Power Corporation and released two award-winning sets of software plugins for After Effects, “Psunami”, and “Evolution”. The latter was acquired by Adobe in 2001 and is now included with every copy of After Effects sold, and has been featured prominently in untold commercials and films,including Pixar’s Academy Award-winning “The Incredibles”.

A combination of communication skills and computer proficiency made video training a natural progression. As Total Training’s co-founder and Chief Creative Officer, he is devoted to great training, crafted by an extraordinary creative team, for exceptional customers. And if he can occasionally make you smile (or roll your eyes) along the way, so much the better.

No Reviews found for this course. 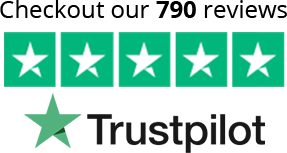 Canva: Become a Graphic Designer in One Hour or Less- Level 3

Email Etiquette: How to Write Professionally in Business - Level 3