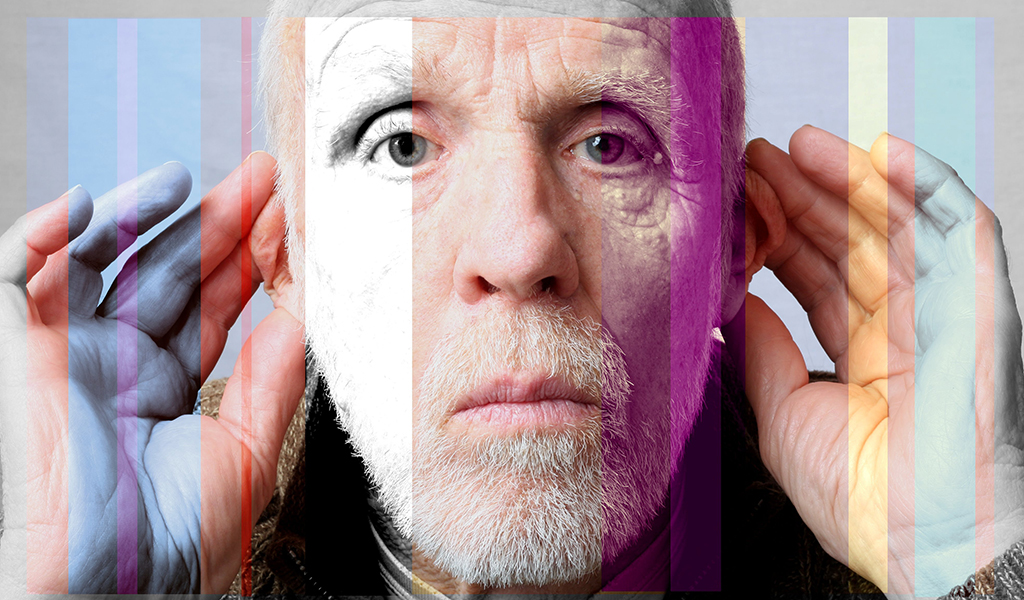 Deafness can be somewhat complex to define and is usually split into deafness as a condition and the actual lived experiences of deaf people as a community and culture.

The NHS (2020) describe deafness as “A hearing loss which occurs when the brain does not receive enough sound information from the ears”. ‘Hearing losses can be temporary, permanent or fluctuating and they can affect one or both ears’. There are two types of hearing loss – conductive and sensorineural. Conductive is caused by an issue in the way that sound travels through the ear, while sensorineural refers to damage of the cilia hairs or nerves located in the cochlear which send messages to the brain. (Age UK, 2019)

Apart from the identification of hearing loss, the definition above does not describe how deaf people live as a group with a unique language and culture, and how they do not perceive hearing loss as a medical issue.

“It defines a group of people who share a perception of the world through an emphasis on visual and kinaesthetic input. This description of deafness is used most commonly for people who are deaf at birth or in very early childhood. [Alternatively], Deafness here defines a cultural, social and linguistic group, and is often signified by the use of a capital “D”. (BDA, 2015).

BDA (2015) suggests that a prime example of Deaf culture is the way that they interact with one another in a restaurant. Deaf people will maintain constant eye contact to allow fluid communication through sign language, whilst hearing people will eat and listen.

Deaf people are proud of their culture; in a way that many hearing people may struggle to understand. ‘A strong tradition of story-telling and humour is intrinsic to Deaf culture, and are often passed down through generations, and relayed to students who learn BSL (BDA, 2015)

BDA (2015) argue that BSL is gaining significance within mainstream society, and this has provided several opportunities for deaf people to showcase their skills and give a glimpse into their culture. Theatre performances, TV shows, comedy and festivals are just some of the projects that have increased in popularity over the last few years. (University of Bristol, 1997). A prime example is BSL Zone, which features are variety of content from deaf filmmakers, writers and actors

Deaf people will often come together as a community to share their news; such as local Deaf clubs or other public spaces where they can sign freely. Deaf clubs are an artery for the Deaf community, as a central hub with friends and family where they feel safe and accepted. (Berke, 2010)

Paddy (2003) describes Deaf clubs as purpose built or reclaimed buildings such as pubs or social clubs where deaf people can get together. He also explains how hearing people are always welcome, and many of its members will enjoy teaching them about Deaf culture.

“History of British Sign Language (BSL) is marked by oppression from the hearing people. As late as the 1980s, the sign language used by the Deaf communities in Britain was considered a simple collection of gestures and pantomime, while the parents of deaf children were advised not to allow their children to use signs or gesture.” (Sign Community, 2013)

Sign language is a visual means of communicating using gestures, facial expression and body language. It is used mainly by people in the Deaf community or to support people who have a hearing loss. In the UK, the most common sign language used is British Sign Language (BSL). BSL has its own grammatical structure and syntax; as a language, it is not dependent upon or related to English. BSL was recognised by the British Government as a language on 18 March 2003.

Many people view sign language as a means of communication for someone who has been profoundly deaf from childhood. However, the hard facts are that deafness can impact anyone at any point in their life for a number of reasons. An ageing population indicates that there are many people who experience hearing loss later in life. (Signature, 2019)

0 responses on "Deafness and Deaf Culture"

We use cookies on our website to give you the most relevant experience by remembering your preferences and repeat visits. By clicking “Accept”, you consent to the use of the cookies.
AcceptReject
Manage consent

This website uses cookies to improve your experience while you navigate through the website. Out of these, the cookies that are categorized as necessary are stored on your browser as they are essential for the working of basic functionalities of the website. We also use third-party cookies that help us analyze and understand how you use this website. These cookies will be stored in your browser only with your consent. You also have the option to opt-out of these cookies. But opting out of some of these cookies may affect your browsing experience.
Necessary Always Enabled
Necessary cookies are absolutely essential for the website to function properly. These cookies ensure basic functionalities and security features of the website, anonymously.
Functional
Functional cookies help to perform certain functionalities like sharing the content of the website on social media platforms, collect feedbacks, and other third-party features.
Performance
Performance cookies are used to understand and analyze the key performance indexes of the website which helps in delivering a better user experience for the visitors.
Analytics
Analytical cookies are used to understand how visitors interact with the website. These cookies help provide information on metrics the number of visitors, bounce rate, traffic source, etc.
Advertisement
Advertisement cookies are used to provide visitors with relevant ads and marketing campaigns. These cookies track visitors across websites and collect information to provide customized ads.
Others
Other uncategorized cookies are those that are being analyzed and have not been classified into a category as yet.
SAVE & ACCEPT